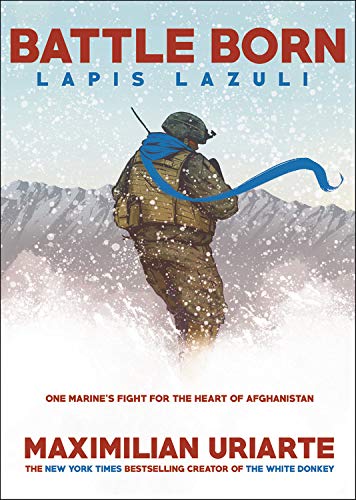 Críticas ""A masterpiece.""--Ray Olson, Booklist (starred review) ""It was 2010 when Uriarte, a lance corporal in the Marine Corps, created the online comic 'Terminal Lance, ' which swiftly developed a fan base. Using some of the same characters, he created a more serious and involved graphic novel, THE WHITE DONKEY, based on his 2007 deployment in Iraq."" --Carolyn Kellogg, The Los Angeles Times Praise for White Donkey: ""A clear-eyed view of life as a grunt.... The strips, drawn in a simple, unadorned style, sardonically depict the near-daily tribulations and occasional pleasures of military life.... A rare opportunity for those on the home front to get a sense of the true concerns and feelings of those deployed overseas."" --Booklist ""Hilarious.... A winking self-awareness and compassion for the daily drudgery of the grunt's life make his collection more than a mere peek into a troop's insider experience--he's poised to become a Bill Maudlin for the social media generation."" --Publishers Weekly Praise for The Terminal Lance Ultimate Omnibus ""In The White Donkey, a sense of alienation pervades Abe's experience. He endures the tedium of war, the yearning for action to gain legitimacy in the eyes of fellow Marines, and, finally, the horror of combat... all drawn with stylized realism.""--The Wall Street Journal ""In many ways, The White Donkey is one long illustrated deployment journal.... Yet, tucked into the panels and frames, are those singular moments that, like a rock cast into a pond, send their ripples out almost infinitely-altering lives and ending others. The White Donkey follows the tremors, backwards and forwards, and manages to illustrate what feels like a 'true' war story and a lonely chapter in a war our country is trying desperately to forget.""--The Washington Post Reseña del editor The new graphic novel by the New York Times bestselling author, a heartbreaking and visceral examination of prejudice and the military remnants of colonialism set against the stark beauty of Afghanistan's mountain villages Lapis Lazuli is a rich blue semi-precious gemstone found deep within the Saresang Mountains of Afghanistan's Badakhshan province. For thousands of years, the people of Badakhshan have lived peacefully, seemingly untouched by time itself. However, in recent years, war has found its way into these remote villages, as the Taliban have sought the riches buried within the mountains of Badakhshan. This extremist group of Taliban fighters, known to the locals as the Horsemen, have recently taken control of the lucrative gemstone export market, focusing much of their energy on the sale of Lapis Lazuli. At the behest of the fledgling Afghan government, United States Marines are sent to this treacherous and remote region to combat the Taliban and restore the gemstone trade to the people of the mountains. Led by Sergeant King-a stoic and commanding presence whose contained exterior hides a violent shadow-the Marines find themselves in an epic clash of kings for control of the Badakhshan Mountains. Battle Born is about violence in all its forms--""civilized"" and detached; close, brutal and extreme. But, most of all, it is also the story of human connection and human kindness. Ver Descripción del producto