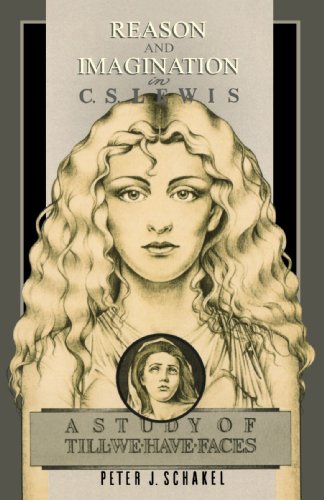 Reason and Imagination in C. S. Lewis: A Study of Till We Have Faces por Peter J. Schakel

Peter J. Schakel con Reason and Imagination in C. S. Lewis: A Study of Till We Have Faces

Reseña del editor The first study of C.S. Lewis to offer a detailed examination of ""Till We Have Faces,"" Peter J. Schakel's book is also the first to explore the tension between reason and imagination that significantly shaped Lewis' thinking and writing. Schakel begins with a close analysis of ""Till We Have Faces"" which leads the readers through the plot, clarifying its themes and it discusses structure, symbols and allusions. The second part of the book surveys Lewis' works, tracing the tension between reason and imagination. In the works of the thirties and forties reason is in the ascendant; from the early fifties on, in works such as the Chronicles of Narnia, there is an increased emphasis on imagination - which culminates in the fine ""myth retold,"" ""Till We Have Faces."" Imagination and reason are reconciled, finally in the works of the early sixties such as ""A Grief Observed"" and ""Letters to Malcolm."" PETER J. SCHAKEL is Professor of English at Hope College, Holland, MI. ""This book is what Lewis scholarship ought to be. It is the most thoughtful, careful Lewis study yet."" - Peter Kreeft ""Reason and Imagination"" is a remarkable achievement, literary criticism that is both wise and moving."" - Margaret Hannay ""Peter Schakel brings to C. S. Lewis scholarship what has often been lacking, namely rigorous scholarly method and real critical detachment. His study of ""Till We Have Faces"" is a major contribution to Lewis studies."" - Thomas Howard