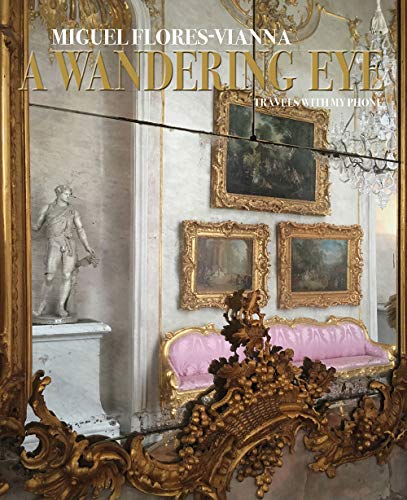 A Wandering Eye: Travels with my Phone por Miguel Flores-Vianna

Miguel Flores-Vianna con A Wandering Eye: Travels with my Phone

Críticas ""Everyone's a photographer now with the invention of the Smartphone. But Miguel Flores-Vianna has raised that ability to shoot from a phone to an art form. He is, after all, an artist.""--Milieu Reseña del editor Miguel Flores-Vianna’s childhood in Argentina was marked by two constants that he believes shaped the life he chose to lead: travel and books. Perhaps because the country feels like it is located at the end of the world, most Argentines are born with a good dose of wanderlust, and Flores-Vianna had a higher dose than normal. Books helped him discover places both literally and figuratively, creating romantic visions of lands he wanted to visit, and he has gone on to document his peripatetic life with his camera, recording places as he feels they should be rather than as they are. In this irresistible volume, Flores-Vianna shares some 250 of his favorite images taken all over Europe, Africa, Asia, and the Americas – captured only with his smartphone – in the hope that viewers, seeing the world through his eyes, will learn to love these most wondrous of places as much as he does. Ver Descripción del producto