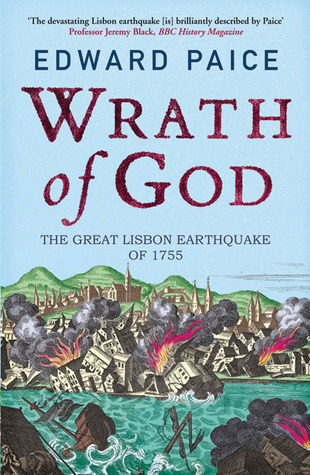 Just after half past nine on the morning of Sunday 1 November 1755, the end of the world came to the city of Lisbon. On a day that had begun with blue skies and gentle warmth, Portugal's proud capital was struck by a massive earthquake.
After a brief, two-minute tremor came six minutes of horror as Lisbon swayed 'like corn in the wind before the avalanches of descending masonry hid the ruins under a cloud of dust'. A third tremor shook most of the buildings still standing to the ground, causing catastrophic loss of life. Lisbon had been struck by a seismic disturbance estimated at 8.7 on the Richter scale - more powerful than the 1906 San Francisco earthquake. An hour later, riverine Lisbon and the Algarve coast were engulfed by a series of tsunamis. In areas of the city unaffected by the waves, fires raged for six days, completing the destruction of Europe's fourth-largest city. By the time it was all over, 60,000 souls had perished and 85% of Lisbon's buildings, plus an unimaginable wealth of cultural treasures, had been destroyed by quake, fire or water.
The earthquake had a searing impact on the European psyche. Theologians and philosophers were baffled by this awesome manifestation of the anger of God. How could the presence of such suffering in the world be reconciled with the existence of a beneficent deity? For Portugal itself, despite an ambitious programme of reconstruction (which gave birth to the modern science of seismology), the quake ushered in a period of decline, in which her seaborne supremacy was eclipsed by the inexorable rise of the British Empire.
Drawing on primary sources, Edward Paice paints a vivid picture of a city and society changed for ever by a day of terror. He describes in thrilling detail the quake itself and its immediate aftermath, but he is interested just as much in its political, economic and cultural consequences. Wrath of God is a gripping account from a master writer of a natural disaster that had a transformative impact on European society.