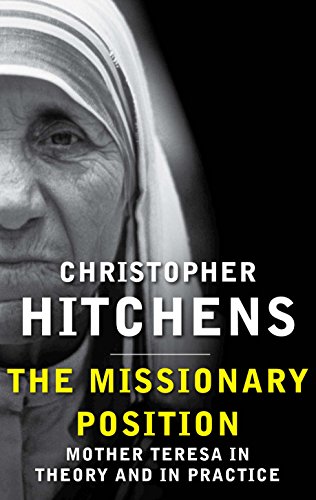 Recipient of the Nobel Peace Prize, feted by politicians, the Church and the world's media, Mother Teresa of Calcutta appears to be on the fast track to sainthood. But what makes Mother Teresa so divine?

In this frank and damning exposé of the Teresa cult, Hitchens details the nature and limits of one woman's mission to help the world's poor. He probes the source of the heroic status bestowed upon an Albanian nun whose only declared wish was to serve God. He asks whether Mother Teresa's good works answered any higher purpose than the need of the world's privileged to see someone, somewhere, doing something for the Third World.

He unmasks pseudo-miracles, questions Mother Teresa's fitness to adjudicate on matters of sex and reproduction, and reports on a version of saintly ubiquity which affords genial relations with dictators, corrupt tycoons and convicted frauds. Is Mother Teresa merely an essential salve to the conscience of the rich West, or an expert PR machine for the Catholic Church? In its caustic iconoclasm and unsparing wit, The Missionary Position showcases the devastating effect of Hitchens' writing at its polemical best.

A dirty job but someone had to do it. By the end of this elegantly written, brilliantly argued piece of polemic, it is not looking good for Mother Teresa. - Sunday Times