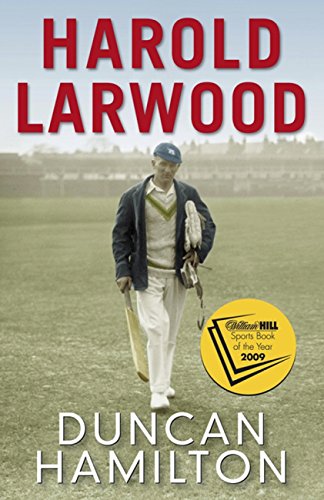 Winner of the William Hill Sports Book of the Year, this is the first ever biography of Harold Larwood. Larwood, one of the most talented, accurate and intimidating fast bowlers of all time is mainly remembered for his role in the infamous Bodyline series of 1932-3 which brought Anglo-Australian diplomatic relations to the brink of collapse.

Larwood was made the scapegoat - and despite the fact he was simply following his captain's instructions, he never played cricket for England again. Devastated by this betrayal, he eventually emigrated to Australia, where he was accepted by the country that had once despised him.

Acclaimed author Duncan Hamilton has gained unprecedented access to the late sportsman's family and archives to tell the story of a true working-class hero and cricketing legend.