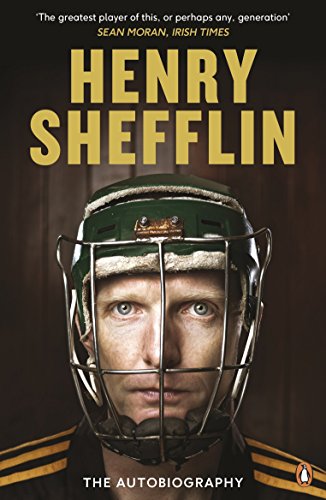 The long-awaited autobiography of the legendary hurler Henry Shefflin

In an era when Kilkenny established itself as the dominant force in hurling, one man stood out from a remarkable group of players: Henry Shefflin. Now widely regarded as the greatest player of all time, Shefflin has more All-Stars, Hurler of the Year awards and All-Ireland medals than any other hurler. But beneath the surface image of calm efficiency and effortless genius, his hurling life has included its share of bitter disappointments, agonizing injuries and intense rivalries. Now, in what will be an essential read, Shefflin tells his own story.

'The greatest player of this, or perhaps any, generation' Sean Moran, Irish Times

'There is a compelling story in a young man's rise from the rural middle class of south Kilkenny to being one of our finest sportsmen. He became much more than a hurler ... This memoir is cast in its author's likeness, honest but tactful, direct without being brusque' Irish Examiner